Discover A Tour Just Right For You!

On this outstanding tour we will visit historic cities, fairytale medieval villages, Gothic castles and famous monuments in three of Europe's oldest countries. 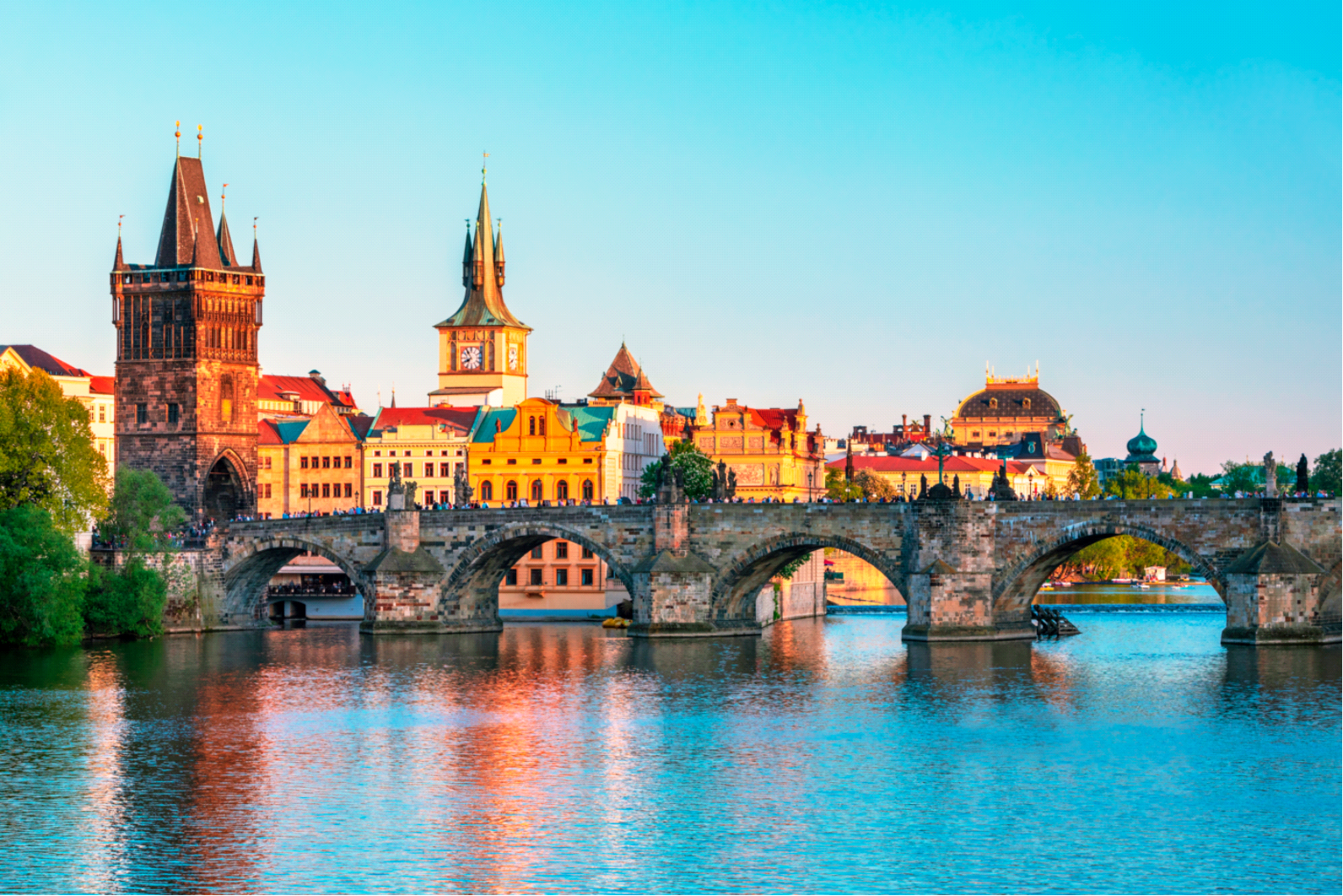 All Senior Discovery Tours Include

We begin in the Golden City of Prague - the ancient capital of Bohemia and the best-preserved Baroque city in Central Europe. Built on seven hills and spanning the Vltava River, the city is small enough for a good walker to see most of the major sights, including its beautifully preserved Old Town, massive castle, statue-lined bridge, famous city squares and evocative Jewish Quarter, while enjoying the city’s love of music and perhaps the best beer in Europe. In the Czech Republic we’ll also visit the UNESCO World Heritage City of Cesky Krumlov - a fairytale town with Renaissance and Baroque architecture.

Next is Vienna - one of Europe’s most elegant and historic cities. Vienna boasts opulent buildings, impressive museums and the musical traditions of its famous Opera, Choirs and Orchestras. Vienna’s cultural legacy was shaped by its residents like Mozart, Beethoven, Gustave Klimt and Sigmund Freud. Of course the elegant shops that line the great avenues add to its captivating charm.

We finish off in Hungary’s architecturally stunning capital - Budapest. With over 1000 years of history, Budapest today is perhaps the most exciting commercial, cultural and entertainment centre in Eastern Europe. Majestic bridges span across the Danube River joining “Buda’s” medieval grandeur with “Pest’s” magnificent 19th century buildings, grand boulevards, beautiful Opera house as well as Europe’s oldest and 2nd largest Parliament building. The city is abundant with lively pedestrian streets, squares and cafes and boasts numerous museums, art galleries and Spas – earning its moniker of “Spa City”. While in Budapest, we will stay in a lovely Spa hotel!

* Those joining any of our tours to Europe must be able to walk fairly long distances and climb stairs easily.

We depart for Prague, via Paris.

We arrive in Prague and transfer to our centrally located hotel. This evening is our Welcome Dinner.

Our coach and walking tour will show us the stunning sights of the Hradcany Castle district, with a visit to the majestic St. Vitus Cathedral, the Loretto Chapel and “The Golden Lane” - named after the goldsmiths who lived here in the 17th century. Some of the alchemists attempted to turn metal into gold here!

We continue our guided walking tour with a stroll across the Charles Bridge to Lesser Town’s winding narrow streets, where we see the artisan houses, small 17th century palaces, the Jewish Ghetto and the famous astronomical clock. We will enjoy a 1-hour river cruise through the historic district, then an afternoon at leisure.

At leisure in the Golden City. Prague is a very pleasant and lively city in which to stroll, so you may want to revisit Little Town and some of the quaint shops (best buys are crystal and garnet jewelry). Enjoy a coffee (and people watching) in Old Town Square. After dinner, why not visit one of the local pubs to enjoy the famous dark ales brewed here.

We depart Prague and drive to the UNESCO World Heritage city of Cesky Krumlov. This picture postcard, beautiful fortified medieval town is surrounded by unspoiled countryside. Our walking tour will take us through the historic centre of narrow cobblestone streets winding along romantic nooks abundant with lively shops, cafes, and museums. Lunch is included. After our tour we will proceed to Vienna for a 4-night stay.

Our city tour of Vienna captures the true elegance and magnificence of the “Ringstrasse” lined with palatial and extravagant buildings like the Opera House, Hofburg and more, built when Vienna was the capital of the Austro-Hungarian empire. We visit the Schonbrunn Palace with its 440 rooms and lavish interiors. It is here in the Grand Gallery that Mozart gave his first royal concert. This evening we will dine at the Palace followed by a concert performance of the works of Mozart and Strauss in the Palace Orangery.

Our tour of the lovely Vienna Woods includes visits of the 12th century Cistercian Abbey and the former Imperial hunting lodge at Mayerling. Before returning to Vienna we enjoy a special dinner with musical entertainment and wine at one of Vienna's famous wine villages.

A day of leisure. The city planning of “The Ringstrasse” makes it easy for exploring. You may want to visit the Spanish Riding School to catch a Lipizzaner horses training session, or maybe venture to the countryside blanketed with vineyards and quaint villages including the opulent Melk Abbey. Vienna is known for its coffee culture, so stop to enjoy coffee and a taste of Sacher Torte!

En route to Budapest we stop in two charming cities: Bratislava (capital of Slovakia), and the old Hungarian city of Gyor - the “City of Waters”. We will have walking tours of both cities, through their quaint pedestrian Old Town centres abundant with statues, old city squares and 18th century pastel-coloured buildings. Later we arrive at our spa hotel in Budapest.

Our city tour begins on the Pest side at the magnificent Heroes’ Square - an epic display of the history of the Magyars! A drive down the Grand Boulevard takes us past the magnificent Opera House, the House of Parliaments, the Jewish Quarter (with the world’s 2nd largest synagogue) and more. We’ll stroll through the lively pedestrian streets to the “Great Market Hall” and enjoy an included “food tasting” lunch! Later we cross over to Buda to the top of Gellert Hill with its bird’s eye view over the Danube River and city. We finish in the Castle District, home to the Royal Palace, where we visit the famous Mathias Church and Fisherman’s Bastion. Tonight we enjoy a typical Hungarian dinner and folklore show.

We drive along the Danube into Hungary’s countryside and the Baroque, artisan village of Szentendre - an 18th century town with cobblestone streets, hidden alleys and colourful old houses. It is a perfect town in which to stroll and visit some of the many galleries and shops. A tour and tasting awaits us at the Marzipan Museum, featuring sculptures made of Marzipan! Lunch is included in Visegrad, a town with a 13th century fortified fortress that has housed many notorious visitors (and according to one legend, even “Dracula” was imprisoned in its tower!)

At leisure. At our thermal spa hotel you have free access to most of its facilities including the thermal baths, steam rooms and reasonably priced treatments. You may also want to attend one of the many musical events the city is famous for. This evening we enjoy our romantic Farewell Dinner Cruise along the majestic Danube illuminated by breathtaking architectural masterpieces!

We fly home, via Paris.